David Weiss will become the second Executive Director of the Nonprofit Leadership Initiative (NPLI), effective August 1. In this role, Weiss will deliver on NPLI’s mission to provide Fox Valley nonprofits with opportunities ​for leadership development and learning to ​better achieve their missions. NPLI is a program within the Community Foundation for the Fox Valley Region. “We are very excited to have named as the second NPLI executive director in its seven years of existence,” says Tony Gonzalez, NPLI Steering Council Chair. “He comes to us with many years of experience in a nonprofit development and marketing role and has served in leadership volunteer roles as well. David is also uniquely qualified as he is a graduate of NPLI’s Leadership Institute and has remained engaged as a dedicated alumnus. It’s a great story when a recipient of NPLI’s support to develop nonprofit leadership, in turn, becomes a key leader of NPLI.”

“David’s servant leadership is perfect for NPLI and the Community Foundation,” says Curt Detjen, President and CEO of the Community Foundation. “I have great respect for him and am excited he’s been an active participant in what NPLI delivers for our nonprofit leaders. That perspective and his openness to ideas bodes well for taking this program to its next level so that all our nonprofits can be well led with strong leaders.

Weiss, of Neenah, has been the Director of Development with The Brigade in Neenah since 2014. He worked in prior positions with Network Health in Neenah and advertising agencies in Neenah and Milwaukee. He holds a Bachelor of Science degree in advertising with a minor in marketing from Marquette University. He attended the UW-Oshkosh Not-for-Profit Leadership Certificate Program and is a graduate of NPLI’s Leadership Institute.

“I am humbled and very excited to begin my role as Nonprofit Leadership Initiative’s Executive Director,” Weiss says. “As a graduate of Nonprofit Leadership Initiative’s flagship program, the Leadership Institute, I know first-hand the impact NPLI’s programs have on the leadership development of our nonprofit leaders and how stronger nonprofits make a stronger community. I’m eager to work with our nonprofit partners, funders and collaborators as we move forward together to ensure NPLI is providing the resources nonprofits need to better achieve their missions and make our community better for all.”

Weiss, his wife, and four kids are actively restoring the family farm. Their life is enriched by sharing it with ducks, chickens, pigs, a huge livestock dog, and numerous wild creatures. Weiss has also been a volunteer firefighter for the Town of Neenah since 2010.

In April, current NPLI Executive Director Kim O’Brien announced her plans to pursue other opportunities and allow a new leader to take the reins of a program she helped to start and lead for seven years.

The Nonprofit Leadership Initiative within the Community Foundation for the Fox Valley Region is a partnership of Fox Valley-area nonprofits, funders, educational institutions, and businesses dedicated to providing resources needed by effective nonprofit boards and executive leaders. Since its inception in 2015, NPLI has offered a wide range of leadership, management, and technical skill-building programs, as well as peer learning circles, to the entire nonprofit sector in the Fox Valley region. 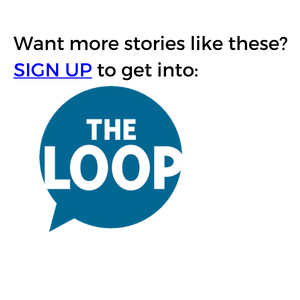