The COVID-19 Community Response Fund needs your donations! Every dollar donated into the fund will be put into action in the community.
skip mobile navigation

This award recognizes an individual or a group for improving the health and well-being of others through volunteerism. An award of $5,000 will be presented to the recipient’s Fox Valley charity.

Betsy founded Peaceful Purpose, Inc. in 2018 after working in medical field for some of the cancer centers as she saw firsthand how patients were struggling with hair loss. She now owns a salon, NAVA, and continues to fuel her passion to help people who are struggling with medical hair loss in our community.

Individual or group who meets the above criteria and who volunteers to improve the health and well-being of others through direct care or the creation of programs.  Candidates must reside or do the majority of their volunteer work in Outagamie, Calumet, Waupaca or northern Winnebago counties. 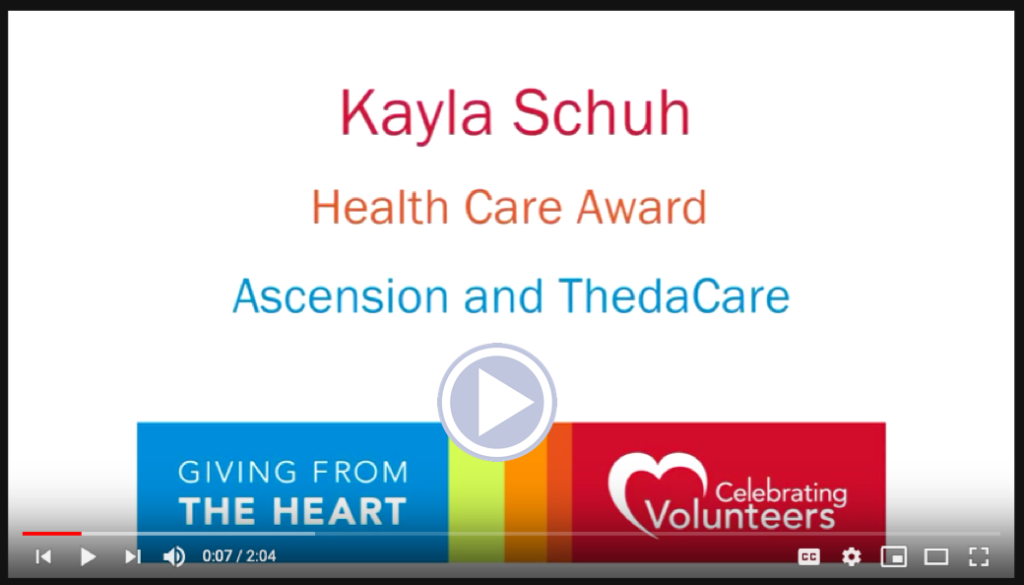 Celebrating Volunteers: Kayla Schuh finds drive to help others in her community

Kayla Schuh, 26, of New London, is the director of New London Emergency Medical Responders, a volunteer organization that serves residents in the New London area. Schuh works at ThedaCare Medical Center-New London and also volunteers as a tee-ball coach.

Karen Yde, a friend and coworker, nominated Schuh for the award, describing her as an “extraordinary young woman” who helped when New London Emergency Medical Responders was faltering as an organization.

The work can be thankless, Yde said, but Schuh handles everything with professionalism, even in difficult situations.

“We often see people on the worst day of their life,” she said. “For Kayla, her ‘thanks’ comes in knowing she did everything she could to help a stranger in need.”

Read more about Kayla via The Post-Crescent here.